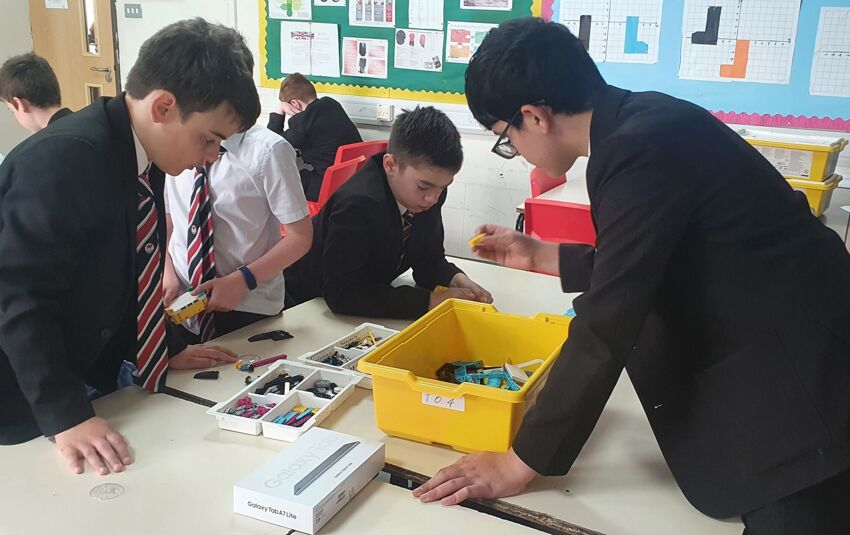 On Monday 20th of June, a number of keen mathematicians in years 7 and 8 were given the opportunity to take part in a Lego Robotics session run by Thales Engineering.

Students were split into small groups, and given some basic instructions to get started. They had complete freedom to design their own robots made with colourful elements, motors and a programmable hub.

Students thoroughly enjoyed the session and said they would love to do it again to improve on their designs.